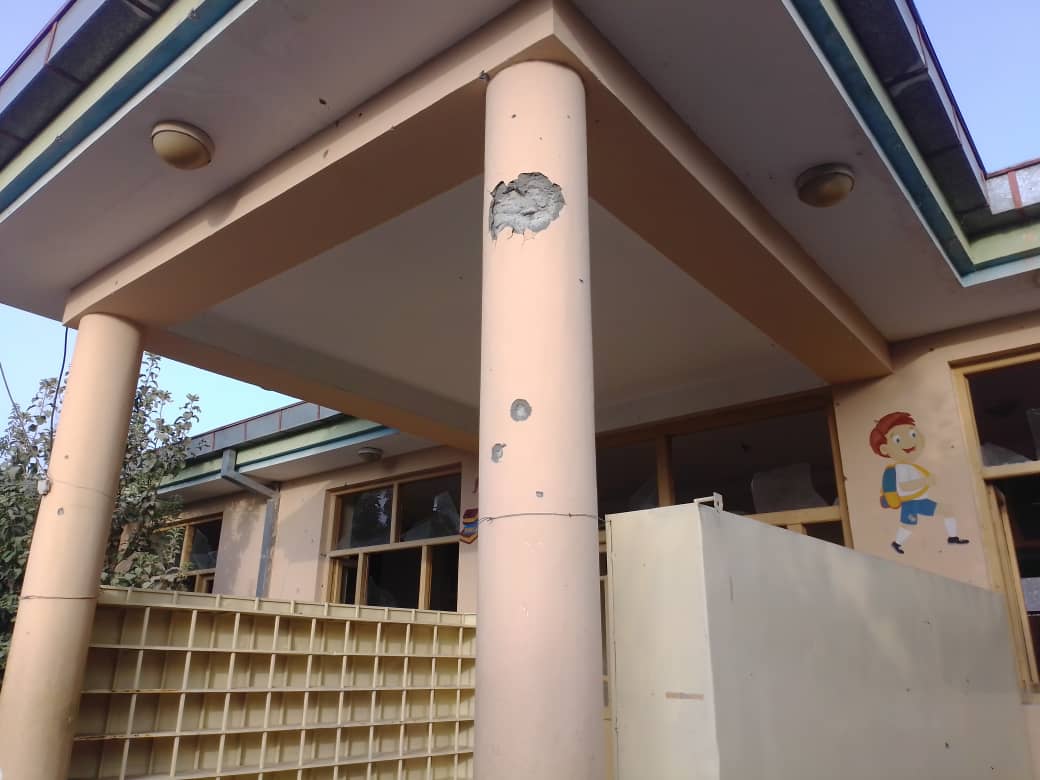 After deadly fighting, the town of Kunduz was taken by the Taliban on Sunday August 8, 2021. Our partner and his family took refuge in the capital Kabul.

Our school suffered damage during the 2 days of fighting. It’s closed. Our guard was beaten up by the Taliban. They wanted to know where our partner was.

A week later, on Sunday August 15, the capital also fell to the Taliban. Our partner is in danger of death because he had worked with the German army and is a journalist and activist in favor of democracy. His request for evacuation to Germany was accepted, but given the situation at the airport, as of 24.8.21, he is still in Kabul. We hope that he, his wife and his 5 children will be evacuated in the coming days.

With the help of our German association, we are doing our best to also take out three of our teachers, single and educated women because they too are in danger.

We have blocked remittances until the situation stabilizes. In a few weeks, we will see if and how we can continue to support our disadvantaged students and their families. 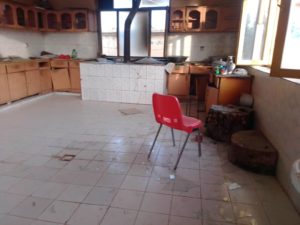 All the shelves in the kitchen are empy. The taliban took everything! 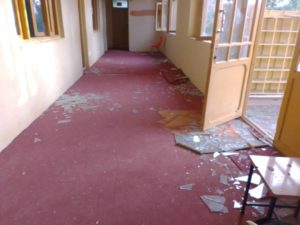 The entrance and the corridor. All windows are broken! 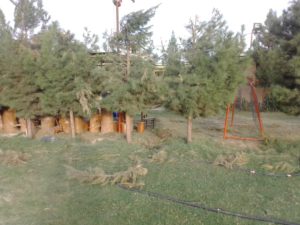 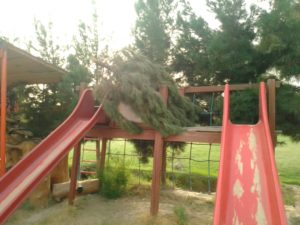 Toys in the playground are damaged, big branches of trees have fallen on the installations