In July 2013 I went to Afghanistan. I saw for the first time the orphanage we had built in Kunduz. I met Zabi Majidi, our local partner, a very engaged and reliable journalist. I also met the vice-governor of Kunduz province who approved our plan to transform the orphanage into a private primary school for underprivileged children, many of them orphans of father or mother. In summary, it is our partner Zabi Majidi who supervises and manages the structure, and Vox Infantis Switzerland who finances it.
Despite the difficulties, the efforts undertaken during the past fourteen years have paid off and the house now hosts 130-140 boys and girls. This demonstrates the real needs of these communities who suffer the consequences of a war lasting for 40 years.

The primary school – from April to December.

At the opening on 21 August 2013, the school welcomed every day 65 boys and girls between 4 and 13 years old. Now, in 2020, they are 130 – 140 students learning in our school. We have 6 classes, from 1st to 6th degree. On top of instruction we offer them a breakfast and a warm meal for lunc, because their families are very poor and often dont have enough to eat.

Languages
Dari (Persian of the region and first national language)

Our staff of 14 employees includes:
1 manager
7 teachers
2 cooks (a chief and an assistant cook)
1 house-keeper
2 guards (1 for the night and 1 for the day, each one present during 12 hours)
1 gardener

Winter School from January to March

In Afghanistan, the public schools are closed from January to March, during the three months of winter, in order not to have to heat the classes. During this period, we continue to open our school. At the beginning, in January 2014, we offered only English and Computer lessons, attended by 250 – 300 students between 8 and 18 years old. During the past years, we offered courses to our students of the primary school with a reduced program and staff. In 2020, we had 120 children from 7-17 years old – 63 girls – the majority! – and 53 boys. Since 2 years, we offer them a breakfast, because how can they study with nothing in their stomach!

The children are happy to continue studying and to get away for some hours from their homes, crowded when it is cold outside.

We heat the classes with the typical afghan wood stoves.

Why support our action in Afghanistan?

The region of Kunduz is far away from the capital, where many of the NGOs are located.
Children are the ones most affected in times of war. They have to work to help their families. They don’t receive any instruction and often they don’t get enough food to satisfy their hunger.
Our association contributes to the local development through its employees who are Afghans. Unemployment rates are very high in Afghanistan.

The security situation has also worsened a lot since the withdrawal of ISAF (International Security Forces) in 2014.
By supporting Vox Infantis, you help the future generation among the underpriviledged population to study, but also to eat, socialize and share ideas; you offer them a place where they can forget the war for a few hours and where they can dream of a better future.

Why did we choose Kunduz?

Fateh Emam, my late husband and co-founder of Vox Infantis was originally from Afghanistan. When we began to collect money to help children and mothers in Tunisia, he felt the need to also find a way to help the children of his homeland.
In 2006, while on holiday in Bremen, my hometown, we met Shaista Alikhan, an Afghan woman who also had the desire to help the people of Afghanistan.
During one of her missions with the German Army based in Kunduz, she and her friend Soraya Alekozei visited the children in the state orphanage, discovering their poor living conditions. She won our confidence to join her cause to undertake every effort to improve the lives of these children, and she became our main partner and delegate for Afghanistan.

Vox Infantis started the construction of a new orphanage in Kunduz, inaugurated in 2010. It was managed by the Directorate of Social Affairs and gave shelter to 82 orphans aged 4-16 years, 68 boys and 14 girls.

Here are the children in the state orphanage in 2005: 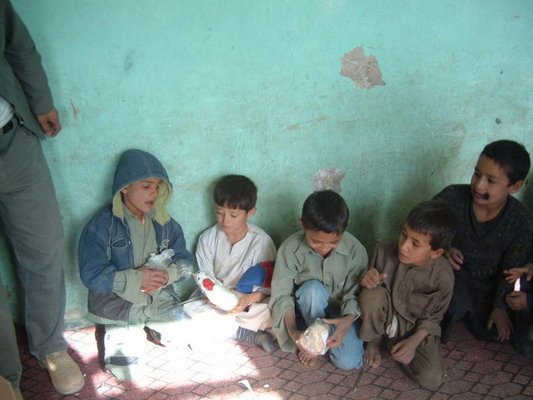 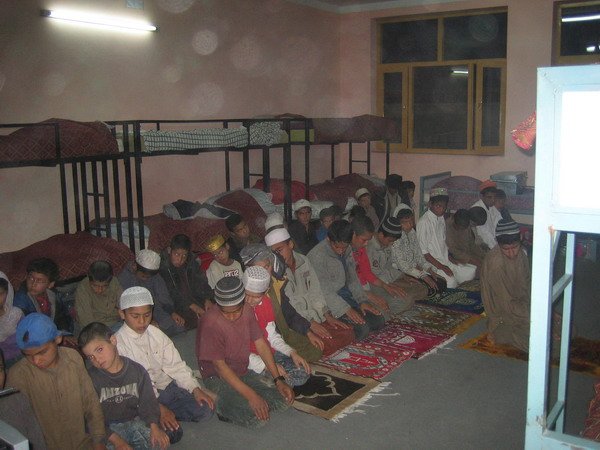 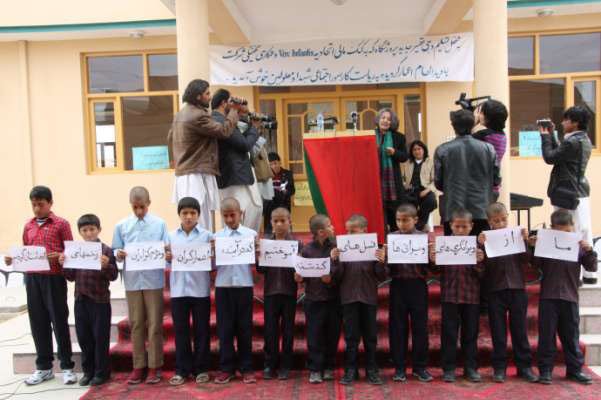 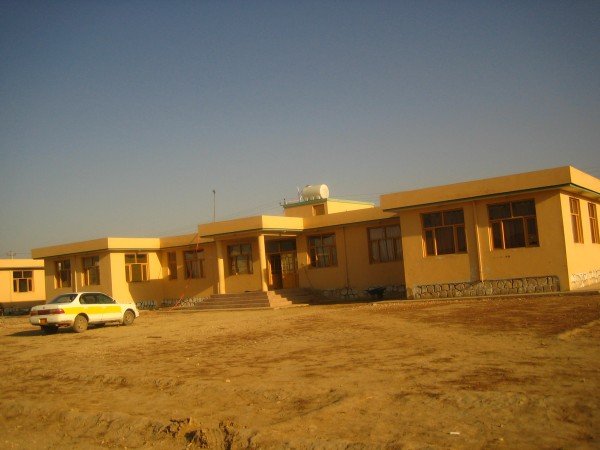 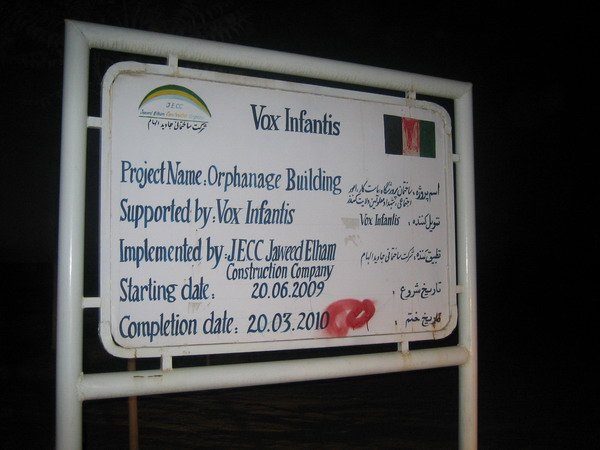 Thanks to membership contributions, donations and sponsorships we collect around CHF 40,000 per year in Switzerland. Donations to our partner association in Germany, Bremen, Parwareshgah help us finance the rest.

Our partner Zabi Majidi also obtains donations on the spot, from his friends in Afghanistan or elsewhere in the world, who sometimes finance repairs, painting, clothes and shoes for children, wood to heat classes in winter, etc.

Our Partners in Afghanistan

The Vice-President of Vox Infantis Parwareshgah Kunduz Zabi Majidi and the members of our local association. 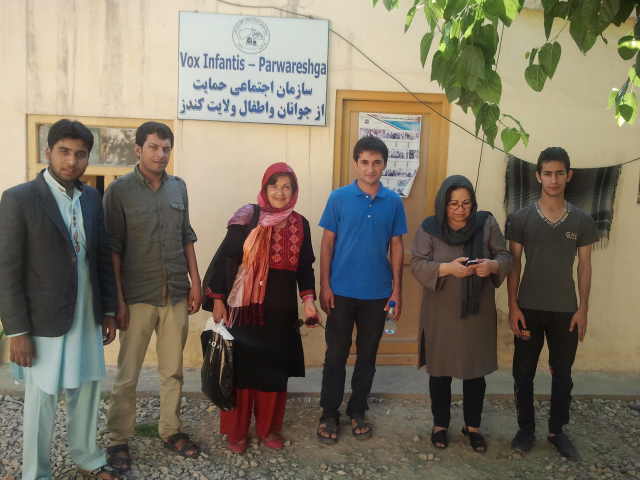 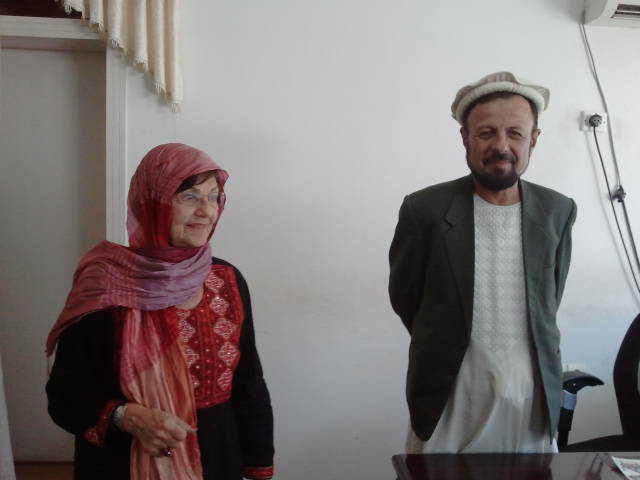 January 2014, lesson of religion in the winter school: 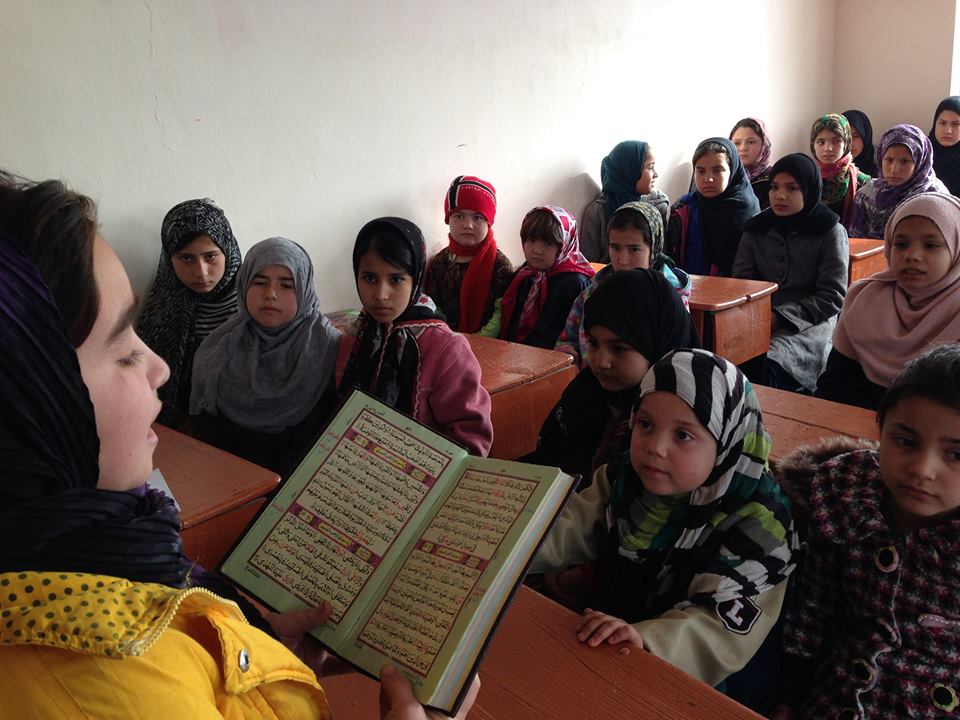 January 2014, the children are waiting for an important visitor: 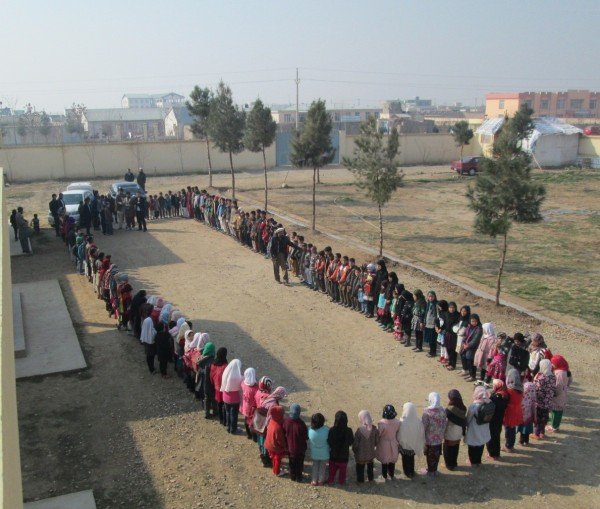 January 2014, the Mayor offered trees for our school: 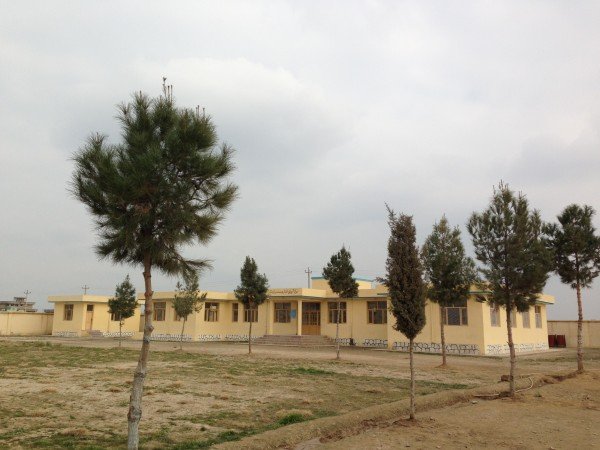 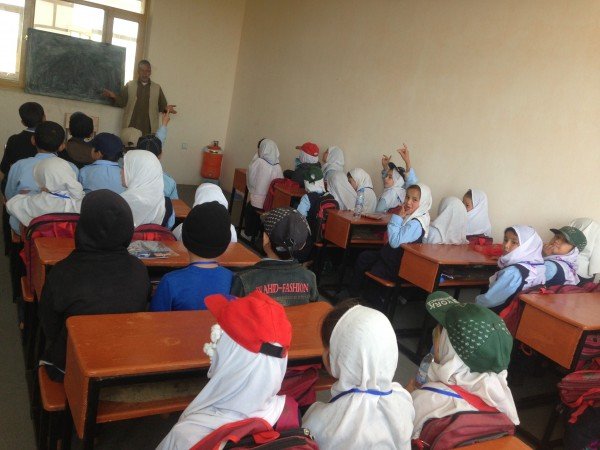 The girls’ table at breakfast: 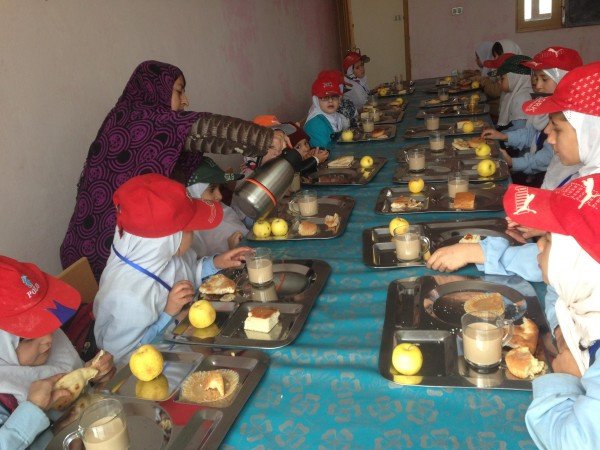 The boys’ table at lunch: 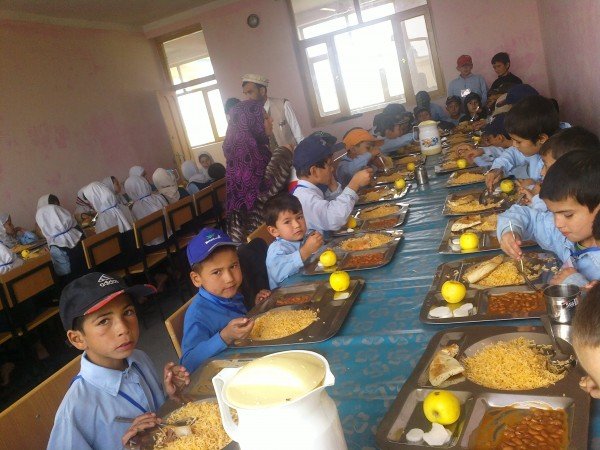 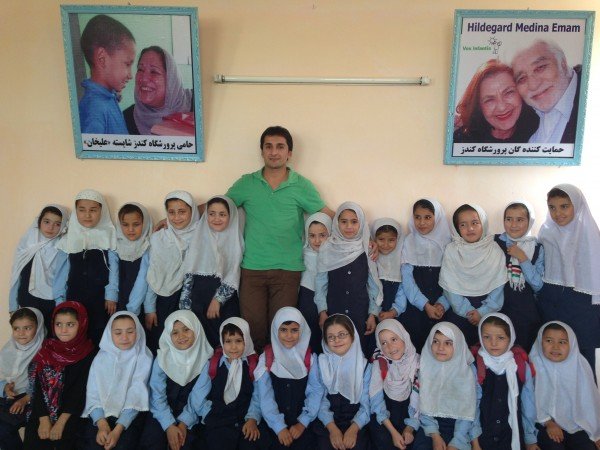 July 2013, Hildegard and Shaista visiting the children in the state orphanage in Kunduz, distributing gifts: 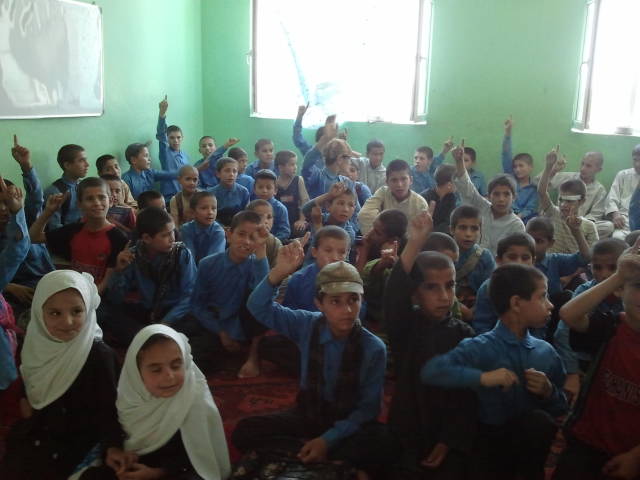 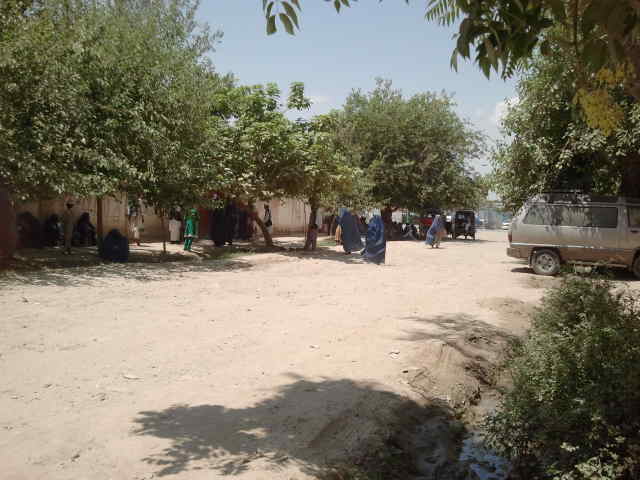 November 2011, construction of annexes to the orphanage:

June 2010, distribution of toys to the orphans by soldiers of the Belgian ISAF team: 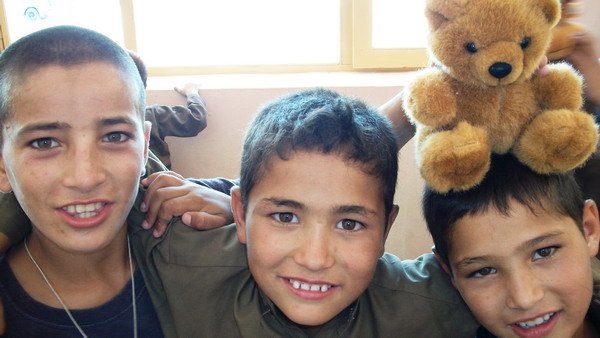 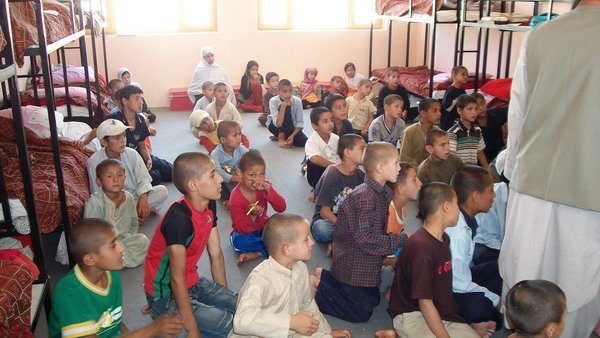 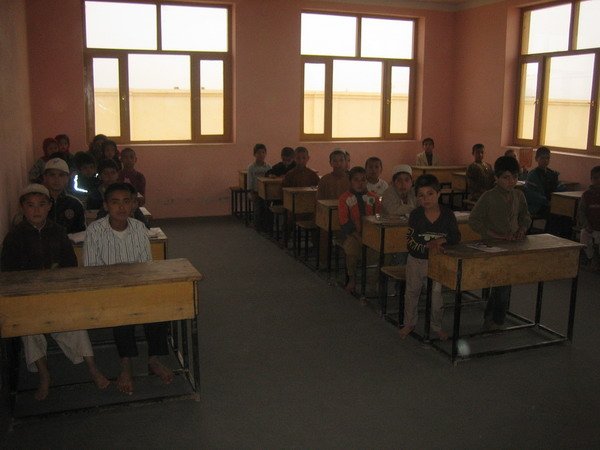 June 2010, visit of a delegate of the German Ministry for Development: 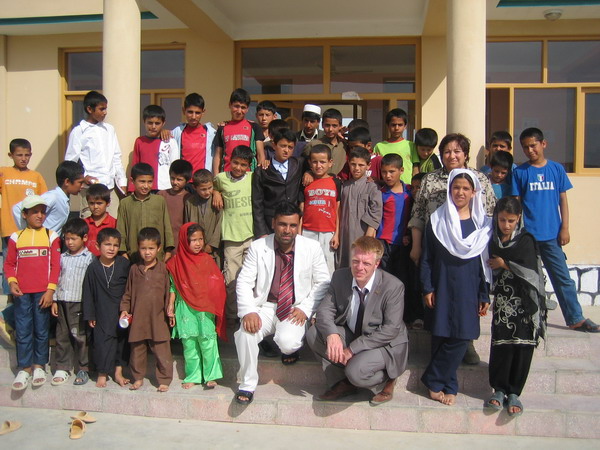 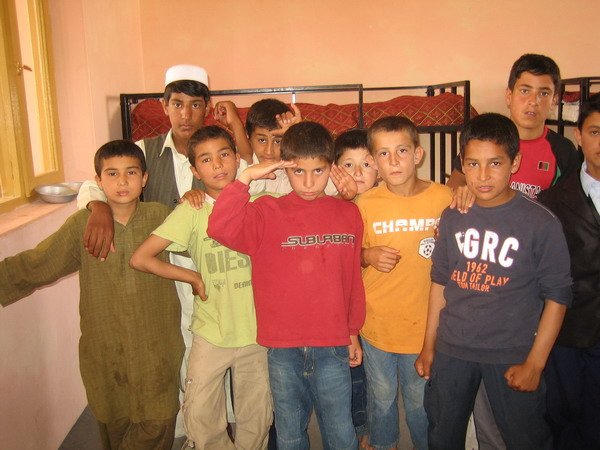 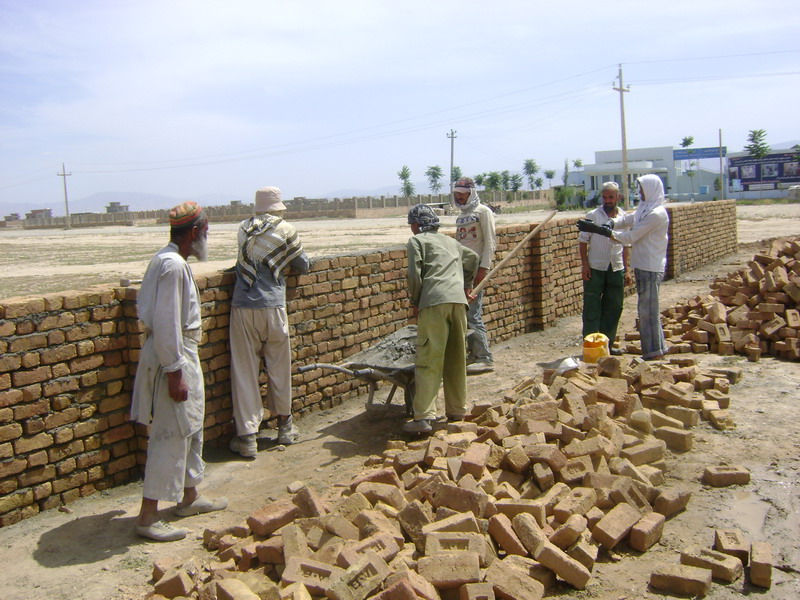 November 2008, Ceremony of the laying of the foundation stone in the presence of authorities: 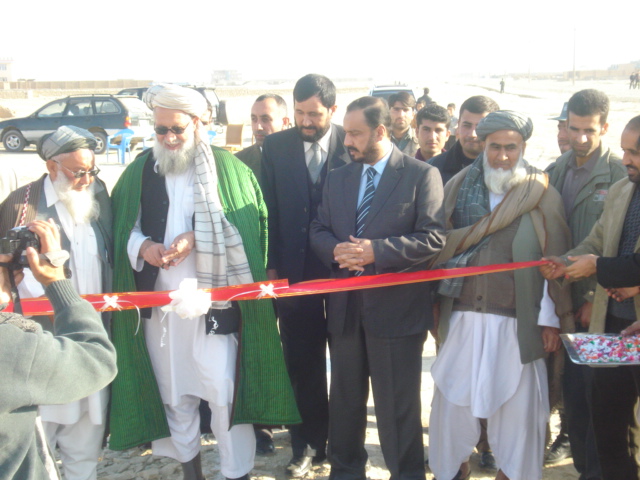 September 2008, Soraya Alekozei visiting the children in the state orphanage: 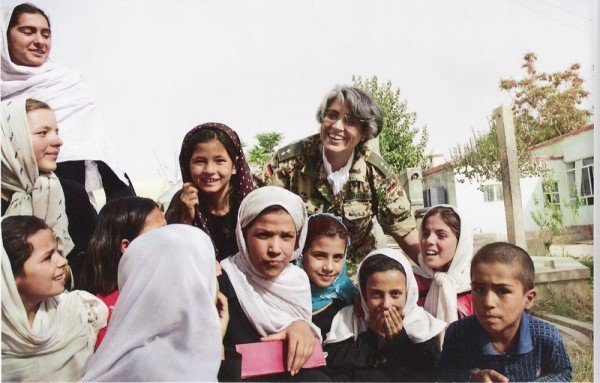 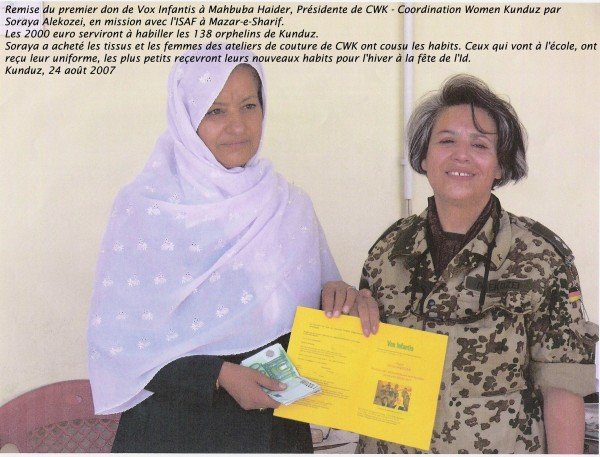 2005, Shaista Alikhan distributing shoes to the children in the state orphanage: 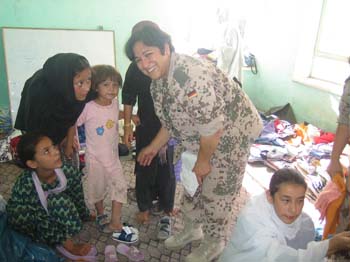